Special Beat – when The Specials met The Beat

Posted on October 19, 2012 by The Thatcher Crisis Years Leave a comment

The start of the 1980s was dominated by the sound of 2Tone – a new take on the Jamaican ska sound of the 1950s and 1960s. It had a broad appeal across Britain with ordinary youth, both black and white. As a sound, it was just easy to like – a fun beat and sardonic lyrics. Trouble was – it was all over by 1981. Well, some bands lingered but The Specials split acrimoniously and two members of The Beat became General Public while the other two formed Fine Young Cannibals.

The United States had started to open up to 2Tone and then it was gone. So when Ranking Roger discovered that the seed planted in the US in the early 80s had grown into a mighty musical oak by the mid-80s, he got some ex-Specials together with him and formed Special Beat. 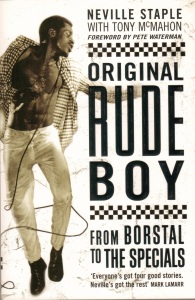