If you were a teacher in Maggie’s Britain – just accept being hit!

Posted on December 29, 2012 by The Thatcher Crisis Years Leave a comment

I wasn’t sure whether to laugh at this news item from The Guardian in 1982. A teacher had been hit by a parent but when the case went to court, a London magistrate told the teacher that she had:

The whole thing was referred up to Thatcher and the Lord Chancellor when unions went ballistic. But you have to remember, this was a time when the unions would have been accused of being soft or trouble making or politically correct. Here’s the article – see what you think! 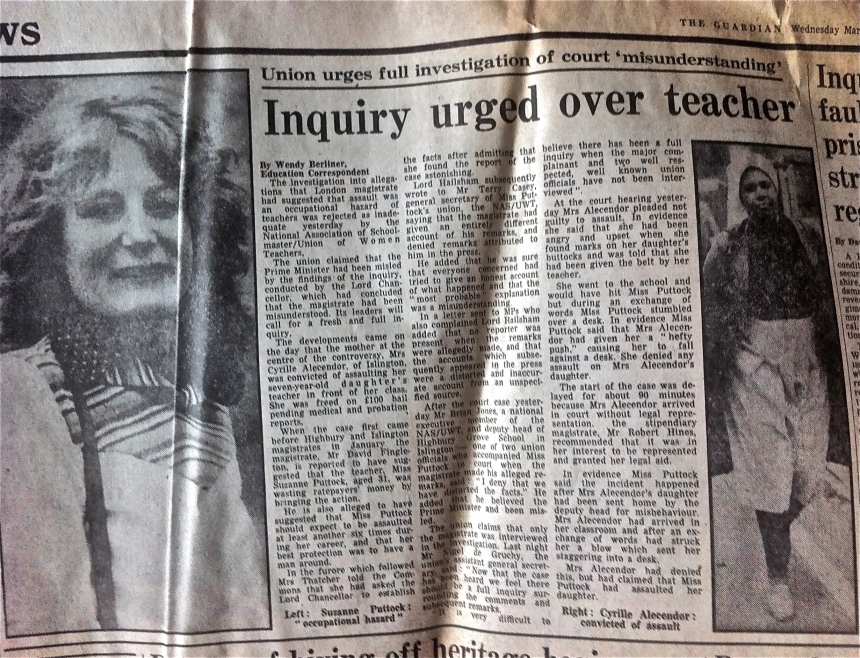